To share your memory on the wall of Ted Morse, sign in using one of the following options:

Receive notifications about information and event scheduling for Ted

We encourage you to share your most beloved memories of Ted here, so that the family and other loved ones can always see it. You can upload cherished photographs, or share your favorite stories, and can even comment on those shared by others.

Bill and Linda Trimble and Bill Jr. sent flowers to the family of Ted Ralph Morse.
Show you care by sending flowers

The FTD Vibrant Sympathy Planter was purchased for the family of Ted Morse. Send Flowers

Posted Oct 01, 2020 at 05:37pm
Dwight and Janet Fitzwater and the kids and their families are so sorry to hear about Ted. You are all in our prayers and thoughts.
Comment Share
Share via:
HS

Posted Sep 30, 2020 at 10:20am
We always enjoyed spending time with Ted. He was funny and kind. Our deepest sympathies to Marge, Jeff, Jake and the Morse family.

The FTD Deepest Sympathy Arrangement was purchased for the family of Ted Morse. Send Flowers

Posted Sep 29, 2020 at 06:39pm
Marge and family, we are so sorry. The brightest star in the sky will be Ted. Such beautiful memories. Larry and Dixie Kurtz

Flowers were purchased and a memorial tree planted for the family of Ted Morse. Send Flowers

Posted Sep 29, 2020 at 04:15pm
I was so very saddened to hear that Ted had passed. I hardly remember a time that the wasn't smiling and trying to pull your leg. I am praying for strength and comfort for you all during this very sad and difficult time. God bless and keep you. Beth, Guy and Andrew
Comment Share
Share via: 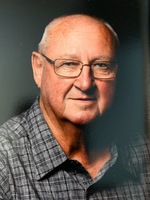