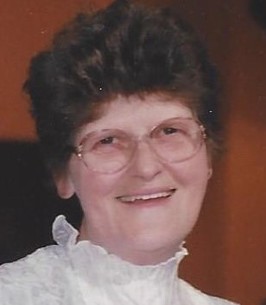 Ruby was born in Coldwater, Kansas on March 28, 1934 to Charlie and Mary Hough.  She graduated from high school in Marshall,  Arkansas.  Ruby married Eugene Morrison on June 12, 1953 in Rock Springs, Arkansas.  She graduated from Lawrence School of Hairstyling and worked as a beautician at Morrison Family Hair Styling.  Ruby was raised on a farm where she enjoyed raising chickens and developed a love of  gardening. She also liked to read and sew.