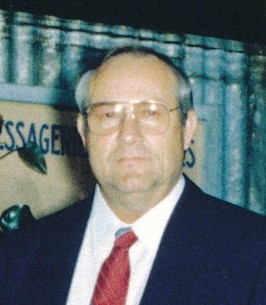 Robert LeRoy Harsh, 83, of Overland Park, KS passed away 12/21/2021. A Visitation will be held 10:00-11:30 AM Monday, January 3, 2022 at Bruce Funeral Home, 106 S. Center, Gardner KS with a graveside service to follow at 12:00 PM at Pleasant Valley Cemetery 9501 159th St., Overland Park, KS. Memorial contributions may be made to the American Diabetes Association. Condolences may be left at www.brucefuneralhome.com

Robert was born September 23, 1938, in Olathe, KS to Floyd S. Harsh and Blanche Bell (Blank) Harsh. He grew up in Olathe and Gardner and Overland Park. He married Ruth Lytle on June 19, 1981 and spent his career as a UPS driver. He enjoyed his motorcycle, watching western movies, traveling and going out to eat. He will be missed by family and friends.