To share your memory on the wall of Richard Burd, sign in using one of the following options:

Richard was born in Norton, Kansas on March 28, 1947 to Charles Russell and Frances Elaine (Dorothy) Burd. He graduated from Concordia High School and continued his education, earning a degree from Fort Hays State University, Hays, Kansas. Richard worked as the business manager and accountant for Norton Correctional Facility, Norton, Kansas. On June 28, 1969, Richard married Ruth Marie Morrison in LaCrosse, Kansas. Richard was a veteran of the United States Army serving in Vietnam. He was a member of the First United Methodist Church, Norton, Kansas. Richard enjoyed fishing and golfing.

He was preceded in death by his parents and his wife Ruth. He is survived by his son Todd Burd, Gardner, Kansas; daughter Kimberly Burd, Wichita, Kansas; brother Carl Burd, Lancaster, California and grandchildren Zaylin and Charley.
Read Less

Receive notifications about information and event scheduling for Richard

We encourage you to share your most beloved memories of Richard here, so that the family and other loved ones can always see it. You can upload cherished photographs, or share your favorite stories, and can even comment on those shared by others.

Posted Mar 08, 2021 at 05:05pm
So sorry for your loss. I was friends of Richard and Ruth, lived next door for a short while. I had no idea Ruth passed. We used to have good times together. My thoughts and prayers are with you, Kim and Todd. Beth (Wille) Metcalf.
Comment Share
Share via: 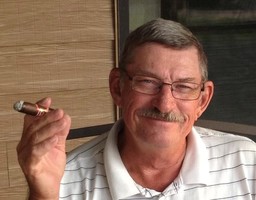