To share your memory on the wall of Rhian Eppler, sign in using one of the following options:

Rhian was born Dec. 18, 1974 in Denver, CO to Stephen Lee and Faith Evangeline (Olsen) Eppler. He graduated from Olathe South High School and later earned a Bachelor of Arts from Calvary Bible College in Belton, MO. Rhian married Silvia Ines Cordero on July 23, 1999 in Olathe, KS. He worked for Commerce Bank in the Commercial Credit Division. Rhian has lived in Gardner for the past eight years and previous to that he lived in Overland Park, Lee’s Summit, Osawatomie and Olathe. He was a member of the LifeMission Church and served as an Awana Leader at Fellowship Bible Church of Gardner. Rhian loved his family and kids. He was very proud of each of his sons, and was also so proud of his son, Bryce, and nephew, Adriel, serving in the US Marine Corps. Rhian made it a point to spend time in prayer with his mother each morning prior to beginning his workday and to help her in any way she needed. He enjoyed reading, was a homeowner handyman, and loved serving others at City Union Mission and the Kansas City Dream Center with his wife and sons. However, more than any of these activities his greatest pleasure and honor in life was being a husband to his beloved Silvia and a father to his four cherished sons. He will be deeply missed by both family and friends.

Receive notifications about information and event scheduling for Rhian

We encourage you to share your most beloved memories of Rhian here, so that the family and other loved ones can always see it. You can upload cherished photographs, or share your favorite stories, and can even comment on those shared by others.

Flowers were purchased for the family of Rhian Eppler. Send Flowers 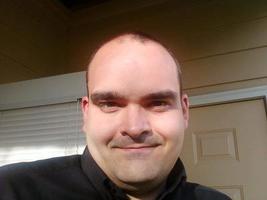