To share your memory on the wall of Lorinda Dodge, sign in using one of the following options:

Linda was born July 18, 1935, in Oskaloosa, Iowa, to Paul Jacob Mathew and Jane Kauffman Mathew. She attended Christian College (now Columbia College) in Columbia, Missouri, and later the University of Missouri-Columbia, where she met her husband, Kirk McLellan Dodge. They were married 57 years before his death in 2015.

At the University of Missouri, Linda earned a bachelor’s in education and pursued graduate studies. She was a member of Delta Gamma sorority as well as several honorary societies. She taught elementary school in Columbia for several years. She and Kirk raised two children and lived in Jefferson City, Missouri; Overland Park, Kansas; and rural Gardner, Kansas. They enjoyed a second home in Tucson, Arizona, for many years.

Linda was a nature lover and avid birdwatcher. She was involved in music, both vocal and instrumental, for much of her life. She and Kirk enjoyed traveling and bicycling and were involved in the Kansas City and Olathe running communities for more than 20 years. Linda qualified for and competed in the National Senior Olympics in both running and cycling events. She was a member of PEO and Gardner Presbyterian Church.

She is survived by her son Kevin (Carolina) of Accident, Maryland; daughter Lori Dodge Rose (Bob) of Des Peres, Missouri; and grandchildren Rhiannon Dodge and Jenna, Adam and Celia Rose; as well as nieces and nephews. In addition to her husband, she was preceded in death by her parents and one brother, Jim Mathew.
Read Less

Receive notifications about information and event scheduling for Lorinda

We encourage you to share your most beloved memories of Lorinda here, so that the family and other loved ones can always see it. You can upload cherished photographs, or share your favorite stories, and can even comment on those shared by others.

We are sad to learn of your mother's death. Linda and Kirk were both special people. We knew them through the Athletic Club of Overland Park: biking, running, handball. They touched many lives in bright and shining ways and will be well-remembered.
With heartfelt sympathy, Susan Glatt and Denny Aguiar
Comment Share
Share via:
LR

Thank you for your remembrances. I remember well when the "Club" was a big part of their lives. Thank you for thinking of us, Lori
AN

Posted Feb 10, 2021 at 02:06pm
Dear Dodge Family,
I am saddened to learn that we have lost Linda but very grateful for her good life. My late husband, Stan, and I were among Linda and Kirk's many friends who had a passion for running and bicycling - and good times. What an adventure we had one year doing the Santa Fe Trail Bike Ride with them. It was hard work but at the end of each day we gathered in a bar or restaurant, and over a beer, enjoyed the fatigues of the day. Kirk was always the life of our party. Linda and I happened to be almost the same age - both of us born in July, 1935. For many years we would exchange birthday cards just days apart, a nice bond between the two of us that we enjoyed very much. Linda was special. My deepest sympathy to the Dodge family. Ann Nelson
Comment Share
Share via:
LR

Thank you for writing Ann. They loved those running and bicycling days and taught my brother, Kevin, and me "work first, play later!" Thanks for thinking of us. Lori Rose 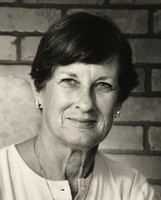