To share your memory on the wall of Kevin Shives, sign in using one of the following options:

Kevin was born May 28, 1968 in Effingham, IL to Donald Howard and Janice Elaine (Hardig) Shives. He grew up in Overland Park, KS. Kevin graduated High School in 1986. He was a freelance truck driver. Kevin loved being an over the road driver and spending time with his daughter.

He was preceded in death by his father, Donald Shives; daughter, Cheyenne Shives and brother, Kalin Shives. Kevin is survived by his mother, Janice Alspaugh of Stillwell, KS; and siblings: Kendall Shives, Panama City, FL, Kristina Shives, Overland Park, KS, Kelly Shives, Kansas City, MO, and Keith Shives, Spring Hill, KS and Uncle David and Janet Jones of Il. that has been like a second father to him.
Read Less

Receive notifications about information and event scheduling for Kevin

We encourage you to share your most beloved memories of Kevin here, so that the family and other loved ones can always see it. You can upload cherished photographs, or share your favorite stories, and can even comment on those shared by others.

Posted Oct 21, 2020 at 10:44pm
We send our love and prayers and sympathy for all of you. Sorry we are unable to attend, but you are in our hearts and prayers. Kevin and I have some good memories and I will hold them close to my heart. He always called me and said, Cuz.. I think our prayers are working . I am hopeful..
You are already missed.. !!
Hugs for all !
Comment Share
Share via: 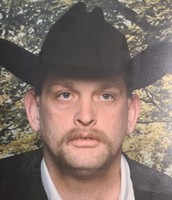