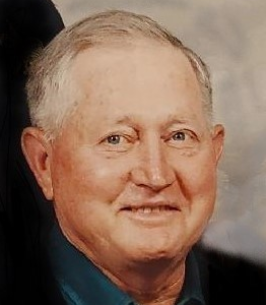 John was born on August 12, 1931 in Beagle, Kansas to John Franklin Husted, Sr. and Viva Gertrude (McDaniel) Husted. He was a lifelong area resident who graduated from Osawatomie High School in 1949. John was a Veteran of the United States Army, serving from 1953-1955.  On March 27, 1955 John married Sandra Castor in Paola, Kansas. They were constant companions. He was a farmer, raising cattle and hogs as well as growing row crops. In 1976, John began his own company, Husted Electric, operating for 49 years. He was a member of Antioch Baptist Church, Spring Hill, Kansas, Cole-Smith Post 350 American Legion, Spring Hill, Kansas and Lions Club, Gardner, Kansas.  John and Sandra enjoyed square dancing with the Docey Dandies club. He loved to visit with friends and strangers anywhere he went. For many years, John was involved in 4H as a project leader and helped start the Hillsdale Hustlers 4H club. In his spare time, John liked to garden, do yard work, raise flowers, fish and care for his cats.