To share your memory on the wall of Gary Sykes, sign in using one of the following options:

Gary was born in Topeka, Kansas on February 5th, 1950 to Homer and Velma (Higbee) Sykes. He graduated from Topeka High School in 1968. He went to Washburn University for a year until he joined the US Army in 1969 until 1975 and served in the Vietnam War. He worked for the Federal Government attached to the Kansas Army National Guard 714th unit for 26 years. Then, he worked for Sprint in Overland Park until he retired. Gary married Lori A. Sommer on June 2nd, 1984 in Topeka, Kansas. He was an avid HAM radio operator under his call sign: KC0VYP. He loved trains, the bigger the better. And, boy, did he love his dog, Apollo, who is now in loving care with family. Gary was a true child at heart and was always found with a huge smile on his face.

Receive notifications about information and event scheduling for Gary

We encourage you to share your most beloved memories of Gary here, so that the family and other loved ones can always see it. You can upload cherished photographs, or share your favorite stories, and can even comment on those shared by others.

Posted Jun 05, 2021 at 04:41pm
Gary brought so many gifts to our lives. We will never forget him! Here is a tree in his honor, finally something taller than him!

Posted Jun 04, 2021 at 01:35pm
Please accept our most heartfelt sympathies for your loss... Our thoughts are with you and your family during this difficult time. All our love.

Flowers were purchased for the family of Gary Sykes. Send Flowers 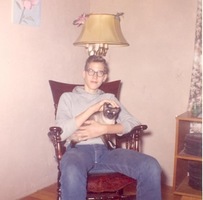 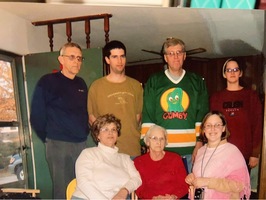