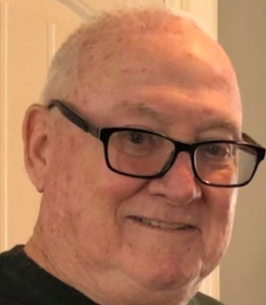 David was born in Fort Scott, Kansas on March 9, 1947, to Dale Ritchie and Floreine Emma (Casida) Johnson. He grew up in Devon, Kansas and graduated from Fort Scott High School in 1965.  On May 24, 1966, David married his beloved Sandra Jean Stumfoll in Fort Scott and together moved to Olathe, Kansas. Shortly thereafter, David and Sandra moved to Spring Hill, Kansas for which they lived for 54 years in the house they built together. David spent his career as a telephone company engineer for Continental, Contel, United Sprint later known as Embarq. David proudly served his country in the United States National Guard.  David was an avid Kansas City Royals and Chiefs fan. Although his true sports passion was watching his grandchildren play baseball, football, basketball, and volleyball. David loved traveling all over to catch a game starring his most favorite players, Lake, Ryker, Cade and Sophia. David enjoyed life, family members and many friends. He was always there to brighten the lives of others.

David was adored and loved by all who knew him. He will be missed but never forgotten.