To share your memory on the wall of David E. Nunez, sign in using one of the following options:

Provide comfort for the family by sending flowers or planting a tree in memory of David E. Nunez

Provide comfort for the family by sending flowers or planting a tree in memory of David E. Nunez

Print
David E. Nunez of Gardner Kansas passed away on Tuesday January 12th, 2021 in Overland Park Kansas at the age of 83.

In 1937, David was the first son born to his parents David Nunez Quintero and Ana Maria Elizondo de Nunez (Anita). A... Read More
David E. Nunez of Gardner Kansas passed away on Tuesday January 12th, 2021 in Overland Park Kansas at the age of 83.

In 1937, David was the first son born to his parents David Nunez Quintero and Ana Maria Elizondo de Nunez (Anita). Along with three sisters, David was educated in Monterey, Nuevo Leon, Mexico. He attained a Bachelor’s degree in pre medicine from the Universidad de Nuevo Leon. By the age of 20 David moved to the United States and enlisted in the U.S. Army where he served 2 years in active duty and 4 years in the reserves. After his active military service, David moved to Kansas City, MO, married, and he is the father of four children. David loved his work as a financial services wholesaler where he traveled throughout the country in this career. He was gifted with a creative mind which he used to develop a new distribution center for the financial products he was wholesaling. At the time of his death David was married to his best friend and long-time companion, Barbara Johnston. David and Barbara were married in December 2018.

A life long learner, David was always looking for more education. Over the years he took classes at Rockhurst College and Johnson County Community College. He loved reading and he had hundreds of books in his home and hundreds more in his eBook (history was always a favorite). He surrounded himself with music – loved many types from classical to pop, rock and jazz. Most importantly, he loved the Lord, and he loved his family and friends whom he always remembered and requested blessings for in his daily prayers.

A memorial service will be held at the Bruce Funeral Home in Gardner Kansas on Monday, January 25th at 9:30 am. Following the memorial service, David will be laid to rest in the Fort Scott National Cemetery where his burial service will begin at 1:30 pm in Fort Scott, Kansas with Military Honors. Arrangements: Bruce Funeral Home, Gardner, KS (913) 856-7111. Condolences may be left at www.brucefuneralhome.com
Read Less

Receive notifications about information and event scheduling for David E.

We encourage you to share your most beloved memories of David E. here, so that the family and other loved ones can always see it. You can upload cherished photographs, or share your favorite stories, and can even comment on those shared by others.

Posted Jan 18, 2021 at 06:42pm
To my beloved brother David, there was never the barrier of time and distance brother, you are always and you will be present in my mind, in my heart.

Flowers were purchased and a memorial tree planted for the family of David E. Nunez. Send Flowers 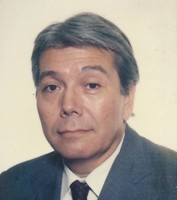