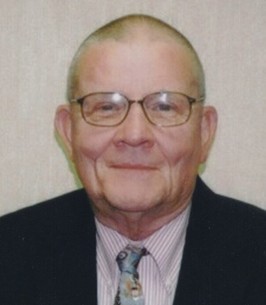 Dale was born March 3, 1934 in Pittsburg, Kansas. The son of Harry Logan Anderson and Ruth J. (Hayhurst) Anderson. Dale graduated from Pittsburg High School in 1953 where he participated in football, basketball and track. In 1953, he was known as one of the top quarter mile runners in the state. He learned printing in high school and made a career of the trade, working at Schifman Printing, Kansas City, Missouri, retiring in 2005. He was a veteran of the United States Navy, called to duty in 1954. He went to San Diego, then Pearl Harbor, the Far East and later South Korea aboard the U.S.S.L.S.T. 1122. Dale moved to Gardner from Pittsburg in 1961. Dale married Norlea Klamm on April 5, 1968 in Gardner, Kansas. He enjoyed attending the L.S.T. 1122 reunions, Heartland Honor Flight to Washington D.C. in October 2016, Pittsburg High School reunions and his Honda trail bike 110. Dale has been a member of the Presbyterian church since 1934, beginning at Pittsburg and then transferring to First Presbyterian Church, Gardner, Kansas.

Dale is preceded in death by his parents; first wife Billie Sue Foley Anderson and sisters Dorothy Westfall and Helen Anderson. He is survived by his wife of 53 years. While there were no children, Dale leaves behind way too many favorite nieces and nephews to mention.