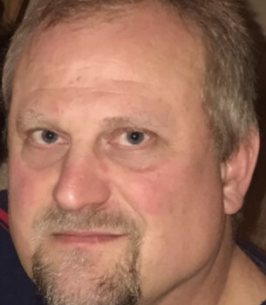 Andrew Stephen Passman, 52, Olathe, Kansas passed away September 17, 2022 at Overland Park Regional Hospital, Overland Park, Kansas. There is a celebration of life planned at the American Legion 410 E Dennis Ave.Olathe, Kansas 66061 from 4:00PM to 8:00PM on October 9, 2022. Condolences may be left at www.brucefuneralhome.com

Andrew was born on October 9, 1969 in Kansas City, Missouri to Alan Stanley and Imo Jean (Ruyle) Passman. He grew up in Gardner, Kansas and was an Olathe resident for the last 25 years. Andrew was a veteran, who proudly served in the United States Army receiving a Purple Heart during his service. He married Lourinda “Rindy” Lewis, whom he loved with his whole heart, on December 13, 1997, in Gardner, Kansas, and built a beautiful life with his wife and their two daughters, Carissa and Cathryn. Andrew worked as a scale technician for Hammel Scale, Kansas City, Kansas for 23 years. He was a member of the First Baptist Church, Gardner, Kansas.

When you ask anyone to tell you about Andrew the first thing they would say is “he was one of a kind”. He was the most kind-hearted, goofy, outgoing, lovable, and courageous man. Andrew would give you the shirt off his back and then some. If something was wrong or broken, everyone knew to call Andrew and he knew how to fix it or he would work diligently to figure it out. Andrew was also known to give everyone a nickname, he thought very hard and long about what nickname fit you the best. The first person to get the privilege of receiving an Andrew approved nickname was his wife, Rindy, whom he called ‘Dolly’. Andrew would always walk into a room with a smile that warmed everyone it touched. Andrew’s wife, daughters, granddaughter, dogs and grand-dogs were his pride and joy. He would talk about them any chance he got. If he wasn’t talking about or spending time with his family, he was talking about his next project to the neighbors, or he was lending them a helping hand. Everyone referred to him as the ‘heart’ of the neighborhood and he will be dearly missed by all that knew him.